The Nightingale of India, Lata Mangeshkar passed away on February 6, 2022. She left behind a colossal legacy that made her immortal in the eyes of her billions of fans.

Lata Mangeshkar, one of India’s best-known cultural icons and a legendary singer who defined music for generations, passed away this Sunday, February 6, 2022. Her death has left everyone in shock at the music industry, politicians, business leaders and ordinary celebrities. people. She was treated to a state funeral with politicians and the biggest personalities gathered to pay their last respects on Sunday morning. The famous singer has sung over a thousand songs in films in Hindi and over thirty-six other Indian languages.

Lata Mangeshkar was born in Indore, Madhya Pradesh on September 28, 1929. Her father was also from a cultural background. Her father Pandit Deenanath Mangeshkar was a classical singer and a theater artist. Lata was the eldest daughter named Hema at birth, but her parents later renamed her Lata. His other siblings are Asha, Usha, Meena and Hridaynath. They have also accomplished musicians in India. Lata began acting at the age of five in musical plays in a theater company run by her father.

She soon started singing in plays as well. From her first day of school, she began to give singing lessons to her classmates. When a teacher told her to quit, she felt so offended that she refused to return to school. Her father died in 1942 when she was only 13 years old. The family experienced a financial crisis as her father was the family’s sole earner. 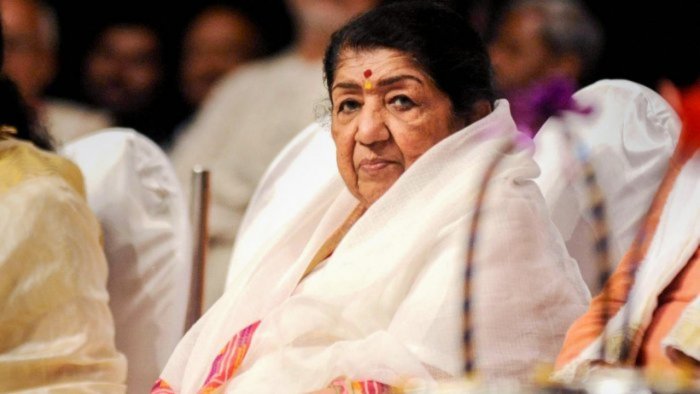 Lata struggled from an early age to pursue a career as a singer to support her family. She started her career by recording a song for the 1942 Marathi film “Kiti Hasaal”. In 1948, she was rejected by producer Sashadhar Mukherjee as he described her voice as “too thin”. Her mentor at the time, Gulam Haider, responded by saying that in the years to come producers would be begging to work with her and her prediction came true very soon. In 1945 she moved to Mumbai but she recorded her first big hit song in 1949, “Aayega Aanewala” from the movie “Mahal”. After that, she became one of the most popular singers in Hindi film industry. Lata herself declared Haider as her godfather in 2013.

Over her seven-decade career, Lata Mangeshkar has sung for countless films. She has recorded songs in over 36 Indian languages ​​with perfection. Due to her charming and unique voice, she was named “Nightingale of India”. She has an incredible impact on music lovers of all age groups who not only love her but admire her for her incredible talent and contribution to the Indian music industry. She has been compared to Devi Saraswati herself by her fans. She has fans not only in India but all over the world.

Best known for her exceptional vocal skills and versatile style, she has easily lent her voice to actresses from Madhubala to Priyanka Chopra. She has also shown dexterity in singing in different genres, from pop to ghazal.

The talented born artist has worked with some of the most iconic musical directors such as RD Burman, Madan Mohan, AR Rahman, Laxmikant-Pyarelal and many more over his long career. His most popular songs with Madan Mohan are ‘Lag Jaa Gale’, ‘Aap Ki Nazron Ne Samjha’ and ‘Naina Barse Rim Jhim’ among others. He has worked on over 700 songs with Laxmikant-Pyarelal such as ‘Mere Naseeb Mein’, ‘Sheesha Ho Ya Dil Ho’, and more. Famous R songs with RD Burman are “Piya Tose”, “Gata Rahe Mera Dil”, and more. Together with AR Rahman, she created major hits like “O Paalanhaare” from the 2001 film Lagaan, “Luka Chupi” from “Rang de Basanti”, and more. His last full album was for Yash Chopra’s 2004 film “Veer Zaara”.

Despite her age, Lata Mangeshkar has not lost the sweetness of her voice. She recorded her last song in 2019 when she recorded a song based on Prime Minister Modi’s lyrics “Saugandh Mujhe is Mitti Ki”. She said she was touched by PM Modi’s speech which represented the sentiment of every Indian, she said. She recorded the song and offered it as a tribute to Indian soldiers and all Indian citizens.

Lata Mangeshkar dominated the Hindi music industry during her long years of singing. She has received numerous awards in the country and outside India for her singing magnificence. She was awarded the Bharat Ratna, India’s highest civilian honor in 2001. She was awarded her Padma Bhushan in 1969, Maharashtra Bhushan in 1997, Dadasaheb Phalke award in 1989, Padma Vibhushan in 1999 and the Legion of honor in 2007. She also received the Filmfare award. for Best Female Playback Singer, National Film Awards, Filmfare Lifetime Achievement Award, BFJA Awards, and more for her singing over the years. 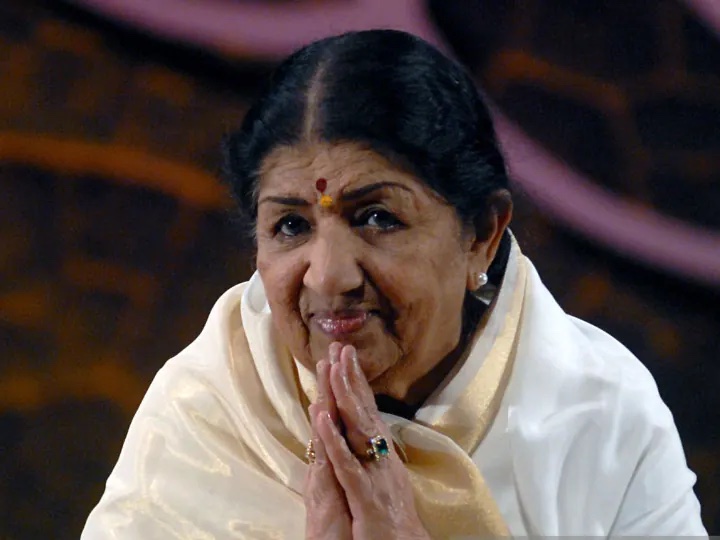 Lata Mangeshkar was also known for her generosity towards her compatriots whenever they needed it. He contributed nearly 7 lakh rupees to the Maharashtra CM’s Covid relief fund in May 2021. She also donated 25 lakh rupees for the same cause in 2020 to the government of Maharashtra. She pledged to donate 1 crore of rupees for the martyrs during the devastating Pulwama attack. She also founded a hospital named Deenanath Mangeshkar Hospital in memory of her father in Pune.

Lata Mangeshkar contracted the Covid-19 virus and tested positive on January 8, 2022. She had mild symptoms and was admitted to Breach Candy Hospital. She was put on a ventilator in intensive care. When her health improved, she was taken off the ventilator on January 28. But recently, in February, her health began to deteriorate and she was put back on a ventilator again on February 5. She died the following day, February 6, at the age of 92, from multiple organ dysfunction syndrome.

Lata Mangeshkar has created a legacy in the Indian music industry that will be hard to top in years to come. She will always go down as the most iconic singer of all time in India.

Jennifer Stone turned her love of music to writing. She is one of the writers of Daily Music Roll and indulges in creating positive reviews, music blogs and music press releases for various artists here.