The Flute musical instrument brings with it the rich history as well as all the melodies and good positive vibes to train with.

The flute belongs to the family of instruments in the woodwind group. A flute is one of the earliest identified musical instruments that consists of hand-drilled holes. The flute is a type of aerophone instrument that generates sound when air flows through an opening. The sound in a flute is produced by a current of air directed against a cutting edge, on which the air generates vibrations which alternate regularly above and below the edge. Flutes are normally tubular structures, but they can also be globular as is the case with the ocarina and early gourd flutes. If a tube flute is stopped at the lower end, its pitch is one octave lower than that of a comparable open flute. A person playing the flute is known as a flautist or even flautist. 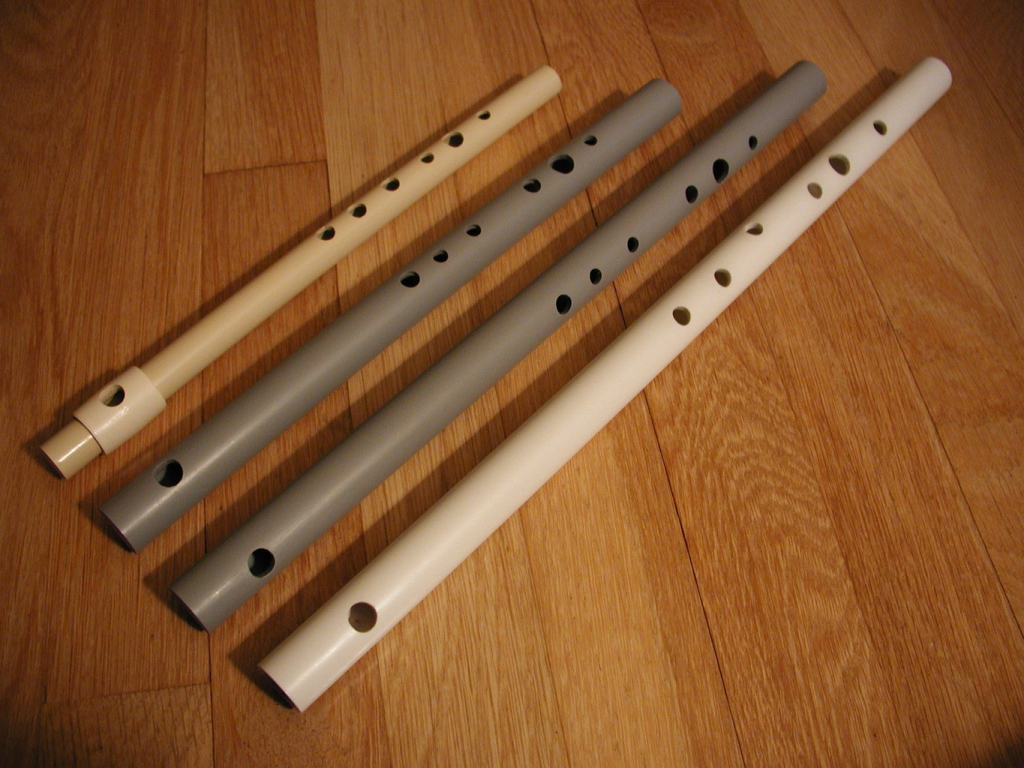 There are different types of flutes and it comes in several categories. Fipple flutes belong to this category which consists of a duct that directs the air over the edge. These types of flutes make it easier to play because they give a distinct timbre that is different from non-fippled flutes, but also has the disadvantage of taking away some control from the player. Some of their types are mentioned below:

Let’s come to the second type of flutes, called side-blown flutes or even transverse flutes. The transverse flute musician uses the hole present on the side of the tube in order to generate sound instead of blowing on the end of the tube. These are western concert flutes such as:

These also consist of blown flutes such as:

The flutes can be open at one or both ends. Flutes like the xun, ocarina, police whistle, panpipes, and boatswain’s whistle are closed. On the other hand, the concert and the recorder are open. The organ pipe can be closed or open, depending on the desired sound.

Flutes in China, Africa, South America, and elsewhere contain a notch that can be cut into the edge to aid sound generation. Vertical flutes are found in the region of Oceania. In flutes held horizontally and blown sideways, a blowing stream hits the opposite edge of a side mouth hole. There are also vertical flutes in which an internal duct directs the air against a hole made inside the instrument.

Flutes date back to one of the oldest musical instruments from Europe that flutes found in the Swabian Jura region of present-day Germany date back 43,000 years. They signify the existence of the human presence as well as the musical tradition in which the flutes played a big role. Some of the oldest flutes found in Asia and Europe also have a long history to the present day. A playable flute has also been found in China, dating to 9,000 years ago. South America also had its own ancient flute culture where the instrument found in Caral, Peru dated back 5000 years and 7500 years in Labrador. Historians then discovered that bamboo flutes had a long history in India and China. The oldest documented cross flute or transverse flute named “the chi” in China was found to be made of bamboo. On the other hand, the Indian bamboo cross flute called ‘Bansuri’ was sacred to Lord Krishna as he is depicted in Hindu art along with the musical instrument. Cross flutes in India appeared as early as the first century AD in Sanchi and 2n/a at 4and century CE at Amravati. The interesting fact in Europe is that transverse flutes spread across Germany, becoming known as the German flute.

There are different types of breathing patterns or techniques by which a flute player can generate music. They are:

The flute is a musical instrument that has a very rich history in many parts of the world and has been associated with music for a very long time. Several artists have also made their respective careers in the music industry with the flute. It will be one of the greatest instruments in the music industry, even for the generation to come, as its legacy will only grow.

Alicia Parker is a fashion enthusiast studying at the University of California. She contributes to Daily Music Roll as a music blogger and writes a review of various music daily.