The New Canaan Library once again welcomes musician, composer and educator Michael-Louis Smith, presenting a three-part series exploring the many fascinating elements of harmony. The live webinar will take place Tuesday evenings, September 7, 14 and 21 at 7 p.m. EST. Zoom login information will be provided when registering at newcanaanlibrary.org.
The relaxed and educational workshop series is suitable for musicians and non-musicians alike and will cover elements of harmony, from its finished parts to an exploration of chord progressions in familiar songs.
Part 1 – September 7 – Building Basic Chords: Participants will first learn about intervals, which are the basic building blocks of triads (chords made up of three notes).
Part II – September 14 – Identifying chord / scale relationships: participants will learn how to build a major scale, and more.
Part III – September 21 – Harmonizing a melody: participants will learn how a melody corresponds to its harmonic counterpoint by analyzing a well-known piece of music.
Musician, composer and educator Michael-Louis Smith received his Masters of Music from the Purchase College Conservatory of Music and has more than two decades of experience arranging, performing and recording music.
In 2001, he started giving home music lessons to students of all ages, from 3 to 70 years old. Michael, his wife Christina and their five year old son Braven moved to New Canaan in 2014. Since joining the community he has presented concerts and music theory workshops at the library, his band has donated her talents to help the League of Young Women. of New Canaan raises money for charity and has performed and helped develop a jazz concert series at the Carriage Barn Arts Center in Waveny Park.

Mixing memorable fusions of melody, rhythm and message - Rising band 'The Livesays' continue to champion Americana music in latest album titled 'Not What I Bargained For' 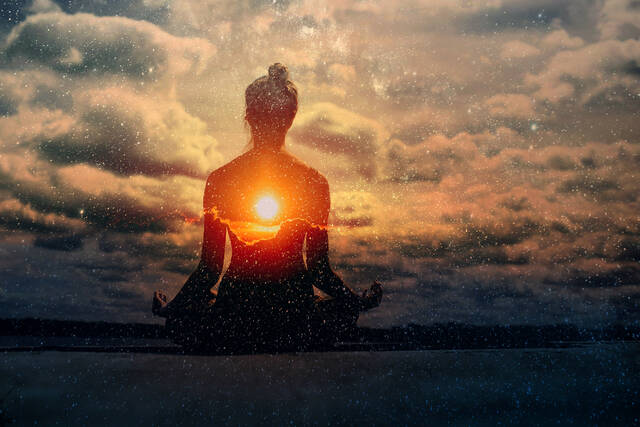 Slices of life: when life makes other plans, find harmony