This solo track will be the first from the new album that Suresh will release later this year.

The wait has been long enough for the followers of the maestro, unconditional lovers of the “clay pot” for four decades now.

Recording for pop legend Paul Simon in Manhattan ten years ago was Suresh’s most exciting experience. Suresh’s ghatam grooves cascade beautifully in the track “Dazzling Blue” from the acclaimed album “So beautiful or so what”.

As for the single “Rhythm Stream” (Grooves Unleashed), Suresh says,

“The flow of a creek is always exciting to watch. The thrill proliferates when the banks discipline its pace.”

Grooves imply freedom… Spontaneously improvised grooves are fresh and full of life.” “To release them is to express the freedom of your soul. The frontier of Rhythm guides listening”.

Suresh is an incredible teacher of the traditional South Indian rhythm system, having accomplished students all over the world. His compositions are eagerly applied and mastered on any percussion instrument in the world.

Hailed as “the powerhouse of Ghatam”, Suresh’s demanding performances in classical concerts, jazz and drum festivals with top musicians and drummers around the world, have earned him well-deserved global respect. 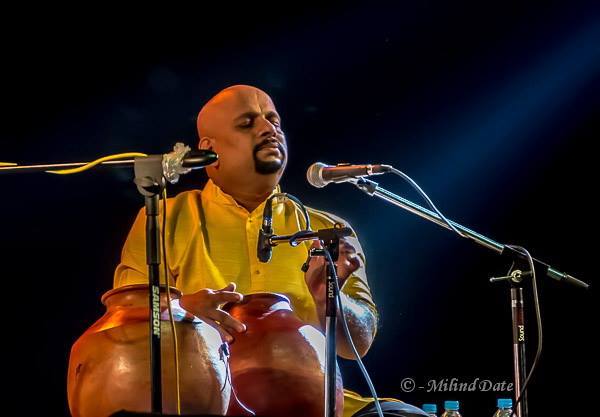 The singularity of Ghatam in this single, as well as the next album:

Ghatam, the clay pot is man’s first creation from the five elements of nature. The potter is a demigod! So the expressions from the ghatam are full of life and divine!

When I perform, I communicate with absolute truth through my rhythm and the communicator is my Ghatam.

The tone of the ghatam is meditative and the humble clay pot teaches more philosophy than any other object around you!

The upcoming album is meant to make musicians around the world identify with the beat of the “clay pot” as well as the human in the music that perpetually connects them.

Ghatam, an Indian brother of African Udu, has a similar humble origin, and also nature’s most soulful percussion!

Check the album at https://music.apple.com/us/album/rhythm-stream-grooves-unleashed-single/1615647064